Peter asks Jesus how often he should forgive and volunteers an answer: Seven times. The traditional rabbinic response is three times. Peter believes he is generous when he more than doubles the conventional answer. Perhaps to his astonishment, Jesus tells him to stop counting.

Isn’t this absurd? Why should we forgive someone who repeatedly harms us? Isn’t Jesus concerned about justice?

Jesus explains by teaching the parable of the unmerciful servant. A high-level bureaucrat is a miserable failure and owes an obscene amount of money—perhaps several billion dollars. The ruler orders the servant and his family sold into slavery until he pays the debt. This describes the financial situation of many of Jesus’ listeners: exploitation by powerful rulers makes debt impossible to repay. 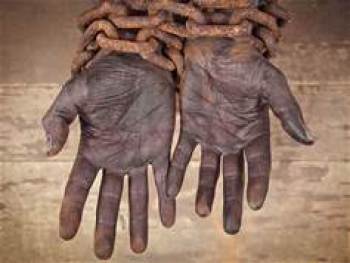 The debtor pleads for mercy: “Have patience with me and I will pay you everything” (Matthew 18:26).

Rulers in Palestine are infamous for craving economic and political power. As William Herzog explains in his book, Parables as Subversive Speech, a ruler is “engaged in an intense power struggle with other equally ambitious aristocrats for the most lucrative prize of all, control of the state or political apparatus.”

Nevertheless, Jesus indicates that this fabled ruler feels pity for his pleading servant. He grants more than time: he forgives the entire debt!

The plot thickens. This bureaucrat—mercifully freed from both slavery and indebtedness—immediately encounters a lower-level bureaucrat whose failure is measured in thousands of dollars. Nevertheless, the forgiven servant refuses to forgive. Instead, he grabs his debtor’s throat and demands payment. Despite hearing pleas for mercy, he throws his servant into prison.

Jesus uses hyperbole with good reason: our transgressions, though beyond measure, receive divine forgiveness. This unmerited mercy is the basis for our repeatedly forgiving the sins of others toward us. 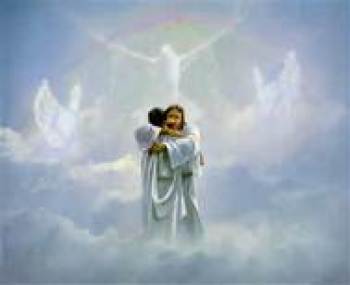 Our self-perception is an obstacle to forgiveness. Perhaps we are like the cartoon depiction of a husband who complains about his wife to a friend: “We’re incompatible. But she’s a heck of a lot more incompatible than I am!”

As with this husband, we believe we are better than the people who commit significant offenses against us. They are in our debt. We are decent people whose minor sins merit forgiveness. They are despicable. Forgiveness is out of the question.

Jesus subverts such thinking. His parable reminds us that God’s magnitude of mercy toward us is inconceivable. “To receive forgiveness both enables and obligates one to offer forgiveness,” Herzog concludes, “not as an occasional exception to the rule but as a habit of life.”

Jesus’ parable also reminds us that refusing to forgive prolongs our own suffering.

A mother lives in torment because her only son is killed. She endures nine years of agony. “I couldn’t live in the anger anymore,” she says. “It was destroying me.” She finally meets her son’s killer in prison. As she unexpectedly finds herself forgiving him, she is amazed that her rage is transformed into kindness. Through forgiveness, she is freed from nine years of hatred.

Justice does not arrive through hostility and vengeance. Rather, we engender justice by granting to others a measure of the immeasurable mercy we have received from God. For it is only through the limitless forgiveness taught by Jesus that wounds are healed and genuine justice is encouraged in all of humanity’s offenders. A more just world results when the cycle of hatred and vengeance becomes the cycle of mercy and kindness.

What an amazing gift we have received: we are forgiven! Let us respond by forgiving others who, like us, do not deserve the magnitude of God’s grace. When repeatedly offended, let us also follow Jesus’ counsel and example by forgiving seven times seven.

Does God Need Us?
Glimpsing the Creator
Creating Happiness is a Choice
Where are You, God?
Seeking Faith Amidst Evil Fosters Hope

“What barrier is there that love cannot break?” — Mahatma Gandhi