QUOFLECTIONSTM
ON SPIRITUALITY AND ETHICS

“Love does no wrong to a neighbor;
therefore, love is the fulfilling of the law.”
Paul (Romans 13:10)

Mike, a 15-year-old boy, hangs himself. He explains the reason with a suicide note. He is gay and accepts himself. However, as he begins to follow Christ, his faith community tells him he cannot be both gay and Christian. After intense struggles, he writes that he can see no way out of this crisis of faith—-and he ends his life. 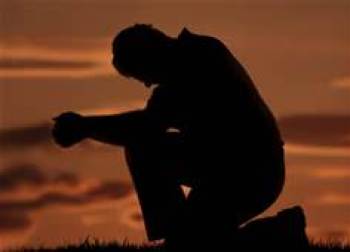 No one in the church places the noose around Mike’s neck. However, if the church does not instruct him to reject his sexuality, he has no reason to kill himself. In a significant sense, the teachings of Mike’s community of faith are responsible for his death.

Mike is not alone. A government study indicates nearly 30% of all teen suicides are the result of struggles with their sexual identity as gay, lesbian, bisexual or transgender. This is between double and triple the rate for other teens.

Since the Middle Ages, many churches have called gays “deviant.” Most churches no longer pin this label on gays. Still, if we insist that gays be celibate, isn’t the implicit message of the church that gays are indeed deviant?

Moreover, is it ethical to instruct gays that, if they wish to express their love sexually, they must become straight and marry? The extraordinary failure rate of these “conversion therapies” as well as the high rate of divorce for these marriages—-many with children—-should lead us to question the morality of this approach.

In the fall of 1982, I researched a major thesis for a Christian ethics course which changed my mind on this matter. When I entered seminary, I believed the Bible condemned homosexuality. But when I explored this issue thoroughly, I discovered much evidence that my uninformed thinking was wrong.

As one example, Leviticus 20:13 states, “If a man lies with a male as with a woman, both of them have committed an abomination. They shall be put to death.”

This seems clear. So why not enforce the law? There are good reasons: Following this scripture means we exact the death penalty for gay males—-but ignore lesbians.

In addition, this verse is part of the Holiness Code of Leviticus 17-20 which prohibits clothing made of two fabrics, eating meat with blood, and many other infractions with severe penalties—-including the stoning of disobedient children. Are we willing to abide by this legal code? Or do we selectively apply one passage to gays while ignoring other ancient Jewish laws?

The scriptures themselves witness that we no longer live under these laws. “You have died to the law,” says Paul. Again, “we are discharged from the law” (Romans 7:4-6). Jesus gives two great commandments: Loving God with our heart, mind and soul; and loving our neighbor as ourselves (Matthew 22:37-39). Indeed, love fulfills the law (Romans 13:10). 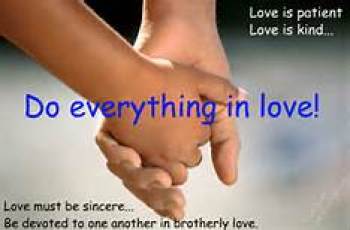 As for Paul’s passages on homosexuality, they are written in the context of a culture which accepts male prostitution in fertility cults, the pederasty of men sexually exploiting boys, and much sexual promiscuity. Such practices are unacceptable. However, while prohibiting these sexual acts, the scriptures do not address homosexual orientation: They say nothing about gays in loving and faithful relationships.

I think again of Mike. The church should not deny that Christians can also be gay. Mike was neither a pagan nor a second-class Christian. His sexuality should not be stigmatized; the sinfulness of gays should not be classified as more severe than those of straights.

Let us study this matter with an open mind. May we challenge whatever prejudices we bring to this issue. For it is a matter of life and death—-and it is a matter of being faithful to the truth revealed to us by both the scriptures and the Spirit of God.

Gays and the Old Testament
Gays and the New Testament
Interpreting the Bible literally brings a bloodbath
How does Jesus relate to gays?
Ministers Disagree on Gay Ethics
Wage Slavery is Widespread

“Love is a force more formidable than any other. It is invisible – it cannot be seen or measured, yet it is powerful enough to transform you in a moment, and offer you more joy than any material possession could.” — Barbara de Angelis