“Churches can be a place where
judgment, shame and contempt
[for families with felons]
are felt most acutely.”
Michelle Alexander

Time for a pop quiz question. Ready? In what year did the U.S. end slavery?

“Convict leasing” was legalized. Douglas Blackmon describes this practice as “a system in which armies of free men, guilty of no crimes and entitled by law to freedom, were compelled to labor without compensation, were repeatedly bought and sold, and were forced to do the bidding of white masters through the regular application of extraordinary physical coercion.” 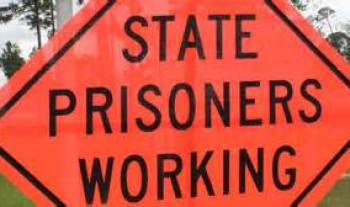 Still, the answer to our black-history-month query may not be 1942. Ready for a shocker? Enslavement of blacks exists today.

The War on Drugs intensified in the 1980s. In just two decades, those jailed for drug offenses increased ninefold. The Director for National Drug Control Policy, retired General Barry McCaffrey, referred to this imprisonment system as a “drug gulag.”

Mass incarceration is aggressively focused on communities of color. Despite blacks and whites having similar drug usage rates, a 1999 Human Rights Watch report states, “Black men are admitted to state prison on drug charges at a rate that is 13.4 times greater than that of white men.” Indeed, black men imprisoned, on parole and probation now exceed all men enslaved in 1850.

Bondage for drug offenses is inflicted almost exclusively on black and brown men. Whites are usually ‘off the hook.’ Even when arrested, whites are more often given alternatives to jail. When jailed, whites’ average sentences are 16.3 percent shorter than blacks. 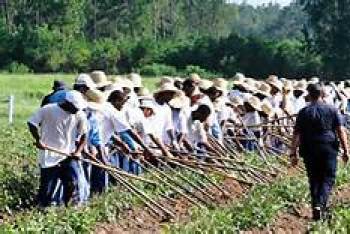 It gets worse: Black prisoners’ sentences continue after release.

Imagine leaving prison. Determined to lead a good life, you plan to go to college—but you’re barred from getting a federal loan. Or you need a job but, if a black man, only five percent of employers will even grant you an interview. You may be desperate for public housing assistance. You can’t get it. By law, you probably can’t receive any public benefits—including food stamps if your kids are hungry. With all these cruel barriers, what choices remain? Can we see why ex-cons often return to prison? 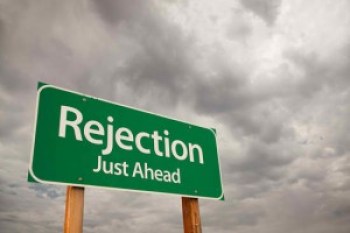 So who should correct these many forms of racialized financial rape? Why not the white community which perpetrates and often benefits from black bondage?

The first step is education: More fact-packed articles detailing the destructive impacts of racism can be found at www.quoflections.org\race.

Third, let’s seek legislation ending the War on Drugs (really, the War on Black Men). Let’s eradicate laws discriminating against ex-felons. Let’s legalize a living wage. Also, our nation has the wealthiest white community in history, primarily due to centuries of labor stolen or cheated from African Americans. In the name of justice, we who are white can advocate for long-overdue reparations to be invested in neglected black communities.

Oh, and our pop quiz answer: Even in 2016, slavery continues on a massive scale.

Appreciating the Prophet of Love
Does Racial Inequality Persist?
Seeking Racial Justice is both Personal and Political
Reasons for Riots
The Legacy of Slavery in Rhode Island
Faith and Love Can Heal Our Divisions

“Religious institutions that use government power in support of themselves and force their views on persons of other faiths, or of no faith, undermine all our civil rights.” — Thomas Jefferson