“It is criminal to have people
working at a full-time job
and getting part-time income.”
Dr. Martin Luther King

Are you poor? Have you ever been poor?

In 1981, I faced significant financial troubles. My bride and I moved to Louisville so I could attend seminary. Our checking account, often near zero, required much attention. With low-wage jobs, my wife and I limited our entertainment to the local dollar theater.

One day, a clerical error led to a bounced check. The seminary charged $20. This was a fortune! With this money, we could have gone to the movies ten times.

We were not alone. So I asked the seminary to reduce its exorbitant fine. Administrators refused. I expected better understanding from an institution teaching God’s love for the poor.

Was I poor? I thought so. Now I consider it a ‘struggle.’ After all, time would improve our circumstances and, if needed, both our parents could help us.

Not so for many who really are impoverished. For them, a bounced check can take food off the family table. The USDA reports in 2014 that 6.9 million American households, many with children, had “very low food security.” At various times, their food intake was reduced and their eating patterns disrupted. 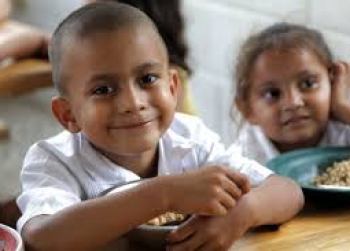 This is shocking. Political will has been absent to fully fund the SNAP (food stamp) program. Indeed, SNAP is subjected to repeated cuts by those who insist government is encouraging poor people to be “dependent” upon assistance. Even families with short-term hunger crises must not be given adequate food.

In such cases, government’s closed-fisted stinginess demeans the lives of those whose finances are already far too painful. It’s the same sin as my seminary—only the offense is far greater because our national cruelty is reflected by Americans’ anguish from hunger.

For my wife and me, financial difficulties were short-term. Soon, we would have enough income to save for a rainy day.

Not so for the 62 percent of Americans with savings unable to cover a $500 emergency. For millions of low-income Americans, a safety net is crucial. 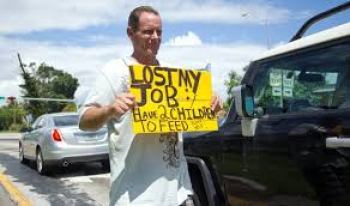 Here are a few comments from those in poverty:

Sharon existed on $500 a month for seven years. She states, “I feel rich when I have food.”

Mary Lee had a good income. Her business tanked, so her home is now her car or a friend’s couch. She survives on Ramen noodles and has one pair of pants. Living in poverty, says Mary Lee, is “very humiliating” and she is worn down by “hellish stress.” She explains, “It feels like falling in the ocean and treading water for years…. [Poverty] devastates your ability to function and robs you of your health.”

KC and his wife earn minimum wage—when jobs are available. They avoid anything but necessities. KC states, “Income inequality is worse stress than any job.”

Tania, a single mother, somehow pays her rent while making less than $11,000 a year. Without food stamps, she says, “we couldn’t eat.” With recent government reductions, however, she runs out of milk, juices, bread and eggs before the end of each month. “It’s difficult when one child is only three.”

Despite hard work, many paid at or near minimum wage remain in poverty for years. Good opportunities in America should include a living wage for all.

Everyone must eat. Instead of slashing assistance, it’s time to restore food stamp cuts. Like Jesus, we ought to “bring good news to the poor,” be compassionate, and assist them in overcoming the oppression of poverty.

Rev. Harry Rix has 60 articles on spirituality and ethics, stunning photos, and 1200 quotations for reflection available at www.quoflections.org. ©2016 Harry Rix. All rights reserved.

“Helped are those who are content to be themselves; they will never lack mystery in their lives and the joys of self-discovery will be constant.” — Alice Walker